"Lou is one of the most visionary leaders I have ever been associated with, his thought process and personality is second to none, hence the multiple companies he has taken global. He and his business would be an asset to any new start up business wanting bigger things for themselves."

Graham Pearson
MD - AT&T Cyber Security
"Lou is your consummate entrepreneur. He is a self starter, eager to progress his companies interests and never loses sight of the goal achieving the "win-win". He has highly honed interpersonal skills. In backdrop to these talents his honesty and integrity are beyond reproach. Lou is a get it done and get it done right type of guy." 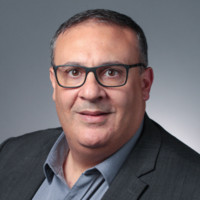 Len Frendo
Senior Director VMware
"In the IT business, where the pace of change and technological advances are mind numbing, it’s rare to find a marketer as accomplished at predicting the next hot product – be it hardware, software or digital media – Lou Schillaci is such a marketer. During what his contemporaries would term a stellar career to date, Lou Schillaci is someone I have found to be a charismatic and entrepreneurial business executive. Lou has proven success in marketing highly technical products into vertical markets, both within Australia and in a number of foreign markets. Lou has developed powerful and market leading consumer brands through the clever use of mass media and devising creative consumer promotions which engaged his target audience, turning products such as the Creative Sound Blaster into the generic term for sound cards in the Australian market. In my opinion Lou is also skilled in forming strategic partnerships, negotiating win:win outcomes and energising the people he works with. It's been my pleasure to work with Lou" 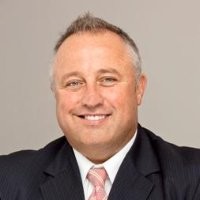 Tom Di Terlizzi
MD - TD Communications
"I first met Lou at an event for high tech companies in Lithuania in the summer of 2018. It was immediately apparent that Lou’s experience in the technology world was second-to-none. In the last 20 years, he has been involved in successful start-ups across several continents - in Europe, America, Asia and Australia. He is a rare breed that can take a 360-degree view of a business and its potential and he has the personal skills and ability to take it forward. He’s a seasoned and experienced CEO, as well as highly skilled in marketing, operations, sales and management. Lou has built teams and businesses from scratch that have gone on to be multi-million dollar global success stories, yet he remains down to earth and very approachable. Our company, and I personally, have benefited enormously from his mentorship and guidance on all fronts and I look forward to following his future endeavours." 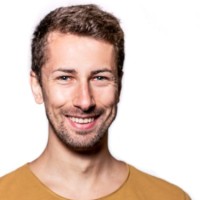 Marco Filippi
CEO - Volvero
"Lou is a creative Businessman that knows how to approach different markets and projects with his versatile creativity and his realistic analytical capabilities. Brainstorming with Lou is always an enriching and professionally fulfilling experience." 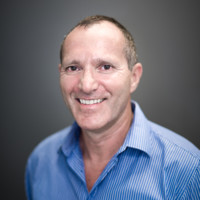 Massimo Raballo
CEO - The Screening Lab
"Lou is a legendary serial entrepreneur who’s driven startups to stardom with a pioneering track-record in baseline software technologies for the consumer electronics, digital music, digital rights management and hyper-connectivity sectors. A true High Tech Hero (indeed named in the “Top High-Tech Heroes” BRW list and in The Australian newspaper “Top Ten IT Movers and Shakers”), Lou’s recent appointment at the helm of cloudyBoss is injecting an invaluable depth of business knowledge and successful start-up experience into the organization. His natural enthusiasm, instant grasp of relevant trends and futuristic vision are already fast-tracking cloudyBoss’ revolutionary technology, galvanizing its global network of partners and building upon the now completed extensive trials with clients across a variety of vertical markets in Australia, Europe and Asia." 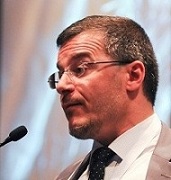